This is it, it's out this week!

Blimey, my book is out this week 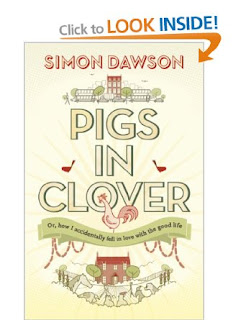 Actually it's been available on Amazon for a few days, but officially it's out on 6th June. That's when it hits the shops,

How does that feel?

I'm having a book launch at Waterstones in Barnstaple (North Devon) on the 6th June at 6pm until about 8ish. Debbie and I are going to do some finger food from our smallholding, so it'll sort of be have a taste of out life and then you can read about it! I'll be signing books and there all evening.

If you can make it, it would be great to see you there.

It's going to be available everywhere, but here's the Amazon link HERE

The book was featured in the Daily Mail, and is going to be in the July issues of Country Smallholding and Devon Life magazines, both out this week, along with an interview in the North Devon Journal.

With loads of fun, quirky and interesting bits and pieces on the go right now, I thought i'd just do a quick update on the digital version of my book, Pigs in Clover, that comes out a month earlier than the paperback!

Out very soon, you can check it out at itunes here

Seriously, be the first to find out the whole, utter, messy, often painful and always hilarious truth of how i accidentally fell in love with the good life.

It's all right here

Back soon with more updates...
Posted by Simon Dawson at 23:02 No comments:


Self-Sufficiency – An Empowering Path to Your Best Self

Self-sufficiency is an empowering and enlivening way to take control of our lives, honour ourselves and our planet, and safeguard the future. Join Simon to learn brilliant, easy-to-implement ideas on how to joyfully spend and waste less, whatever your circumstances. Grow your own veg, make things, cook from scratch – discover simple steps to feel more in touch with nature, and your own best self.

Aged just 32, Simon Dawson took a risk, sold his London flat and moved with his wife to a cottage on Exmoor. Scraping every penny together they bought 20 acres of scruffy but beautiful Exmoor, and built from scratch a smallholding where they still live, self-sufficient and happy. He runs courses on smallholding and self sufficiency; works as a journalist and broadcaster; and looks after countless pigs, sheep, goats, chickens, dogs and horses on their land. His first book The Self-Sufficiency Bible was published by Watkins in 2010, and his second, Pigs in Clover is out June 2013.

Posted by Simon Dawson at 23:44 No comments:

My tribute to Richard Briers 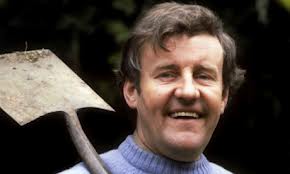 Monday was a sad day.  I honestly couldn't even begin to count the number of times I've watched The Good Life.  Watched, and laughed, and shaken my head, and laughed some more.

I don't know if it's because I'm now pretty much self sufficient myself, but the program just didn't seem to date.

And leading it, was Tom Good.  Richard Briers.

I remember watching it in the 70's as a small boy, sitting in a semi in a street of similar houses, laughing at it.

Now, as a slightly larger man, i find myself watching reruns and laughing with it.

Richard Briers gave self sufficiency a face.  And a smile.

And a whistle - he always seemed to be whistling.

His enthusiasm and his energy for a lifestyle that at the time seemed so odd, opened the door for people like me. Now, we all recycle, green energy is a hot topic, veg plots and chickens in the garden practically the norm. 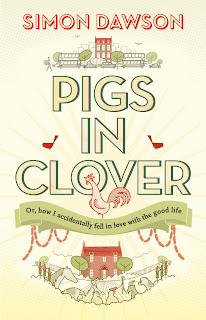 My new book - what do you think of the cover, isn't it great!

Honestly, the months of writing it, the year of build-up (the manuscript was submitted and accepted by the publisher over a year ago), and then suddenly you click on Amazon and there it is (see it here) is just an amazing feeling.  In fact, the day it went live it went straight in at 6,000 on the Amazon bestseller rank, which considering it's not out until June is pretty amazing!

I do feel so lucky, especially as i sent a copy of the manuscript to Len Goodman from Strictly who read it and gave me the wonderful quote, "It's a ten from Len!" which is now on the back cover.

It's a really exciting time, though I've a feeling life's about to get crazy busy!

Now more than every i need good podcasts to chill out to.  Here's this week's recommendation: 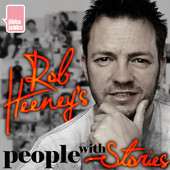 I love this podcast, you've got to check it out here
Posted by Simon Dawson at 04:35 No comments:

Had a great day yesterday filming with BBC News on our land.  The piece was due to go out on the 6 O'clock news, but because of our donkey-slow broadband, they couldn't sent it back in time, so a short version went out on the 10 O'clock news.

However, they did put it up in full on their website that links to facebook.  Here it is:

Snowed in on Exmoor
Posted by Simon Dawson at 00:27 No comments:

Yep, we might have had a green Christmas, but we're having a white January, and here on Exmoor we're getting it bad.

Actually we had plenty of warning so i had the chance to bed everything down really well, so much so that when i went to see if the pigs were okay yesterday, I couldn't see them they were so snuggled in under the straw.

My only worry, my only kind of concern, is Georgie, my horse.  She's a chestnut mare; a fiery red headed female with permanent PMT - lovely to look at, but scary as hell to be around when she's pissed off.  And yesterday, she was pissed off, mainly because she couldn't go out and had to stay safe and warm in her stable.

I thought i was doing the right thing.  She, on the other hand, thought i was being wicked and cruel not letting her out to play, and the crazy thing is, if i had let her out all she'd have done is hang about by the gate waiting to come back in.  Honestly, there's just no pleasing some people.

Solly, however, did go out and had his first experience of snow - Opinion: it's not as edible as you might think, you know. 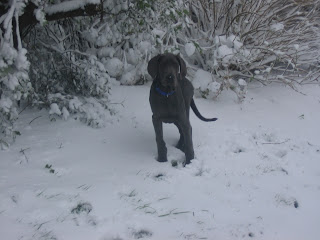 Provisions
One clue to the weather being particularly bad is when my neighbours phone and say, "um, I seem to have only cheap nasty bread in the house - don't know how that happened - and i can't get to the shops because it's horrible out there.  Any chance you could make me a loaf?"

When it's cold out there is nothing like the smell of fresh baking bread (really quick and easy bread recipe is in an earlier post - you've got to try it!)

Podcast of the moment
Last week i thought I'd try this new feature, mainly because i listen to so many podcasts and some of them are fantastic.

This week it's got to be:

It's life according to Daniele Bolellie, and while i don't agree with everything he says, it's still a brilliant listen.  Here's the link   If you have a podcast recomendation, please do let me know.
Posted by Simon Dawson at 23:36 No comments: 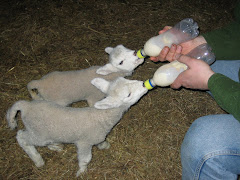